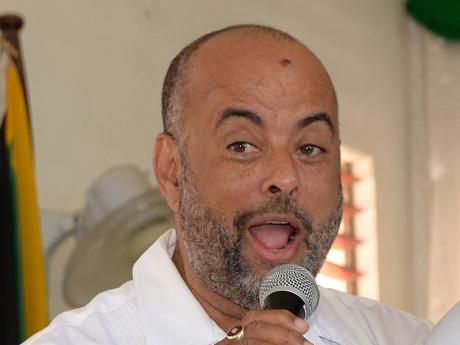 Kingston. April 20, 2021. The RJRGLEANER Communications Group mourns the death of our friend and colleague Michael Sharpe. His passing today has hit us hard. All of us! Very hard! Michael, who was 65 years old had been ill and hospitalized for almost a month.

We pay tribute to him for the long, faithful and excellent service he has given to this Group, to our profession and our country. Michael has been an inspiration to so many, a mentor to so many, a manager to so many and a friend to so many. He has been a true friend and colleague. He was a fine team player.

Michael has been associated with Radio Jamaica and the RJRGLEANER Communications Group for more than 35 years. He has been a reporter, a talk show host, a broadcaster, a radio news presenter, a TV news anchor, a TV programme presenter, a programme producer, an assistant radio news editor, a head of TV news, a web editor, a supervisor, a manager, an innovator, and a mentor.

He was known for being punctual, selfless, fearless, serious, jovial, practical, professional, kind, witty and so much more. He adopted the mantra of one of his mentors Terry Smith that in all you do “kill them with excellence”.

The expanse of Michael’s skills and experience is shown in numerous programmes and features he did in our Group. They include: On Radio – Inside Gordon House, The Jazz Jam, Sharpe Talk, Hotline, Morning Traffic Reports. On Television – TV’s Prime Time News, Your Issues Live, TV’s Exposure, UNN’s Frontline News and JNN’s The Exchange.

He has been associated with some notable assignments, including coverage of the US Invasion of Grenada in 1983, the coup attempt in Trinidad and Tobago in 1990, a Commonwealth Heads of Government Conference in Uganda, numerous general and local government elections, crises and disasters – Hurricanes Gilbert and Ivan, among them. He was most recently and most notably the Executive Producer of TVJ’s very successful 2020 General Election coverage.

Our Boards of Directors, Management and Staff extend our condolences to Michael’s family, close friends and associates.

The Ministry of Health is launching a new online registration system for the COVID-19 vaccine.…

CBU congratulates the EBU on its Technology & Engineering Emmy® Awards