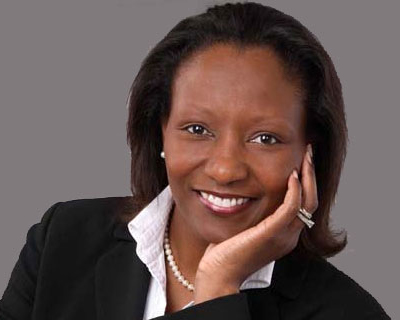 The General Manager of the Broadcasting Corporation of the Bahamas, BCB, Mrs. Kayleaser Deveaux-Isaacs has been appointed Vice President of the Caribbean Broadcasting Union, CBU, with effect from December 9, 2020. She was elected by the Board at its monthly meeting to fill a vacancy created when Mrs. Amalia Mai of Great Belize Production demitted office recently.

President of the Union, Gary Allen congratulated the new Vice President noting that she takes on additional responsibilities in the Union at a time when broadcasters in the region have been called upon to do a lot more public service due to the impact of the Coronavirus Disease 2019 (COVID-19). He noted that her role in leading ZNS through two recent hurricanes and the brunt of the COVID-19 pandemic is a demonstration of the skills she has to also serve the Union in making a difference in challenging times.

For her part, the new Vice President gave a commitment to diligently pursue ways to increase collaboration and cooperation between members of the 51-year-old CBU, especially in these challenging times.

“I look forward to continuing the good works of the Caribbean Broadcasting Union (CBU) and representing The Bahamas and The Broadcasting Corporation of The Bahamas on this Board. I also look forward to fostering deeper relations with my Caribbean colleagues in Broadcasting and promoting what binds us as a people on all media platforms” she said, adding, “I am honored and humbled by the confidence placed in me and will work to support the President and other members of the CBU Board, as we all navigate this COVID-19 pandemic.”

Mrs. Deveaux-Isaacs has been with the BCB since 2007 and has been leading the Corporation since 2017. She has served since 2017 as a Director on the Board of Directors of the CBU, and honoured for Leadership in Broadcasting, Women in Leadership and ICT and by The Bahamas AIDS foundation.

Prior to joining the Broadcasting Corporation of The Bahamas, she worked for seven years at Fox News Channel in New York City.

She completed her Associates, Bachelor’s and Master’s Degrees in New York City and obtained a Diploma from Oxford University, England. She is a member of The American Federation of Television and Radio Artists (AFTRA) and the Screen Actors Guild (SAG).

The CBU Board thanked outgoing Vice President Mai for her many years of service at various levels, including as VP. The President congratulated her on moving to serve her country as Chief Executive Officer of the Ministry of Foreign Affairs and Foreign Trade in Belize. Mrs. Mai expressed love and appreciation for the CBU family of broadcasters and publishers, saying she hoped to keep in touch with all members in her new role.

The Board of the CBU will shortly invite the Chief Executive of another full member company to fill the vacancy created by the departure of Amalia Mai.

Message from Ms Audrey Azoulay, Director-General of UNESCO, on the occasion of the International Day for Universal Access to Information

The technological revolution is radically transforming how we inform ourselves. In just a few years,…