The Caribbean Broadcasting Union (CBU) members in twenty-four countries and territories of the Caribbean and Americas are pleased to join the global media fraternity in celebrating World Press Freedom Day 2018. The theme selected for this UN-sponsored event, “Media Justice and the Rule of Law” is particularly apt given recent concerns in the Caribbean.

Across the region actions have been noted that could stifle the operation of some fundamental media freedoms on which the fourth estate rests: access to information and freedom of expression, through unfettered journalism. In one case the attack has been on the very life of a journalist. At this time there are still no answers to the questions about the disappearance and assumed death of Haitian photojournalist Vladimir Legagneur. 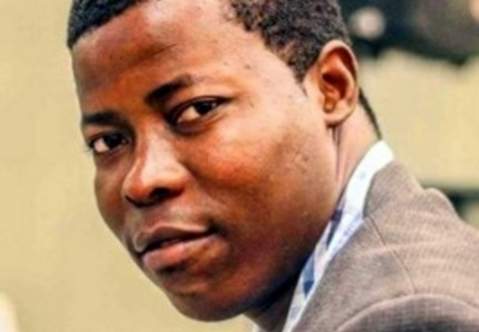 The CBU maintains that the provisions of Article 19 of the UN Human Rights Declaration are fundamental to the enjoyment of the other rights enshrined in constitutions around the region. When journalists are permitted to practice their profession and media houses are not regulated to achieve purely political and economic purposes the entire society benefits.

An excellent demonstration of this already this year has been the series of exposes in the British media about the experiences of Caribbean descendants in the United Kingdom under a hostile immigration policy, which sought to invalidate their legal status, deny them the rights of citizenship and force them out of what had become their home country. Those stories, demonstrating the suffering caused by a recent and inhumane government policy generated a groundswell of public criticism of the administration which then moved swiftly to apologise seek early remedies and accept full national accountability. Some of the fodder for the debate was generated in some stories done here in the Caribbean about West Indians who after a lifetime in Britain then visited the Caribbean, only to be barred from returning to the UK.

On this WPFD 2018, the CBU calls on its members and other media workers to continue to ferret out stories on these issues of discrimination and maltreatment of our citizens at home and in the diaspora, especially poor treatment exerted by those in places of power.

Of course, the region continues to celebrate our prominent positive featuring among the top countries for media freedom. In the 2018 World Press Freedom Index published by Reporters Without Borders, Jamaica was ranked at number six having improved its ranking by two places from 8th in the 2017 report. According to the report published in late April, “Jamaica ranks among the countries that most respect freedom of information. The very occasional physical attacks on journalists must be offset against this, but no serious act of violence or threat to media freedom has been reported since February 2009, a month that saw two cases of abuse of authority by the Kingston police. The law decriminalizing defamation passed by the house of representatives in 2013 was a step in the right direction.”

Other high or moderately performing countries in the 2018 report were Suriname at 21, and the Organisation of Eastern Caribbean States at 35. But the region must not rest on its laurels when it also includes Belize at 47, two places behind the United States, Guyana at 55 and Cuba at 172. Sometimes the efforts working against a free media are demonstrated in new legal provisions, such as in Jamaica by the Draft Data Protection Bill, with similar provisions being introduced by legislators in Suriname as well as in Trinidad and Tobago.

The CBU notes that it is easy to erode our good press freedom reputation, especially if laws are passed that intentionally or not, impinge on this freedom of the media. It is for that reason that on WPFD 2018 the CBU calls on political leaders in the Caribbean, now contemplating necessary Data Protection legislation for our citizens, to publicly commit that they will not pass laws forcing media to disclose their sources to anyone or any authority. The Union also strongly encourages governments to commit to do all they can to ensure that access to public information about the quality of governance being provided can be scrutinised by our citizens who are the taxpayers whose funds they are entrusted to garner and to spend prudently. It is to be recognised that journalists seek information on our citizens’ behalf.

On WPFD, the CBU celebrates the positive impact of media freedom on developing regions such as the Caribbean, and pledges to continue building of the capacity of its members to promote the enjoyment of all rights, through a free and fair media.

The Caribbean Broadcasting Union (CBU), with funding from UNICEF and in collaboration with the Caribbean…

As the recently-appointed UNESCO Representative and Director of the Caribbean Office, Dr. Anna Paolini settles…