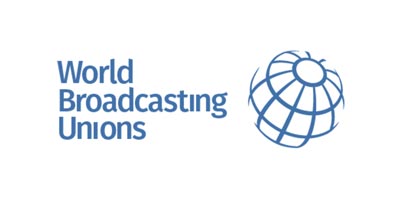 WBU Call for Efforts to Combat Threats and Violence Against Journalists

Toronto, ON – July 19, 2021 – At their annual meeting, the World Broadcasting Unions (WBU)  called for concerted efforts to combat threats and violence against journalists and other media  professionals which constitute an attack on democracy.

The safety of journalists and other media professionals has deteriorated over recent years and  the COVID-19 pandemic has aggravated the situation in many countries. Attacks are getting  more severe and include online harassment and threats, but also physical violence.

Broadcasters’ journalists and production crews are confronted with increasing hostility and  violence when they are simply doing their job, reporting from important events, giving balanced  information, and putting facts in context. This intimidation has a chilling effect on media freedom  and the ability of journalists to support the public with trusted and reliable news and information  which has been so vital during the pandemic.

Numerous standard-setting statements and practices1 adopted at international levels recognize  off- and online threats and attacks as a serious danger to media freedom, which is a cornerstone  of informed, healthy democracies. The intimidation of journalists can interfere with the right to  freedom of expression and with the right of the public to receive information. These internationally  agreed statements give guidance in areas of prevention, protection, prosecution, promotion of  information, education and raising awareness of the potential threat to media freedom.

We call on the authorities to guarantee rights and put into practice international principles and  measures to protect journalists online and in the field. We welcome initiatives such as the Council  of Europe’s Platform for the Protection of Journalism and the Safety of Journalists, and the  African version of the platform launched this year by UNESCO. Broadcasters across different  regions are ready to support these initiatives as well as any other efforts to ensure journalists  and other media professionals can continue to provide a critical service to society at all times.

About the World Broadcasting Unions (WBU)

The World Broadcasting Unions (WBU) is the coordinating body for broadcasting unions who  represent broadcaster networks across the globe. It was established in 1992 as a coordinating  body at the international broadcasting level. Since then, the WBU has provided global solutions  on key issues for its member unions. The North American Broadcasters Association (NABA) acts  as secretariat for the WBU. www.worldbroadcastingunions.org

1 On the occasion of the Conference of Ministers responsible for Media and Information Society, held on 10-11 June 2021, a Resolution on the safety of journalists was adopted. The Ministerial Council of the OSCE adopted recommendations in the 2018 Decision on the Safety of Journalists. Numerous UN and UNESCO texts deal with the safety of journalists and the issue of impunity, for example the UN General Assembly Resolution of 2019.

Bridgetown, Barbados. May 3, 2020. “Media workers across the world are marking World Press Freedom…

Bridgetown, Barbados. January 15, 2021. The Caribbean Broadcasting Union (CBU) has welcomed a ruling by…