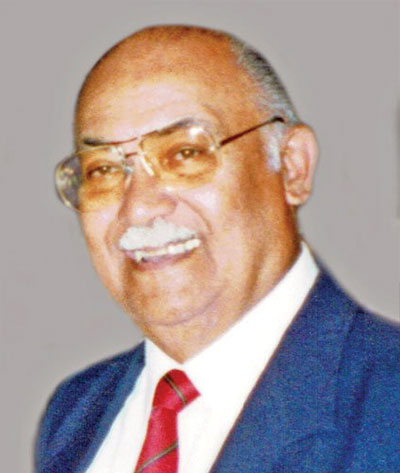 CBU REGRETS THE DEATH ONE OF ITS HALL OF FAME INDUCTEES RAYMOND “RAY” SMITH, – HAILS HIM AS A PIONEER AND ONE OF THE UNIONS FOUNDING FATHERS

The Caribbean Broadcasting Union, CBU regrets news of the death of broadcasting engineer and pioneer, Raymond “Ray” Smith of Grenada who has served well his country, the Caribbean and the wider world.

“We wish to extend our sympathies to Ray’s immediate and extended family, even as we fondly remember him as one of those who laid a solid foundation on which the Union has built and served the region for 51 yrs”, a statement from the CBU said.

Smith who is one of the members of the Caribbean Media Hall of Fame was the first Secretary General of the Union and served in that capacity from 1970 to 1973.

“His engineering exploits are legendary”, the CBU said, noting that Ray pioneered using indigenous sound proofing material for radio studios in the region that gained acclaim all over the World. For his pioneering service in the infant years of a now half a century old organisation, and his ingenuity with studio sound proofing, he will never be forgotten”, said CBU President Gary Allen.

Past President. Vic Fernandes and Shida Bolai on Saturday also paid tribute to Ray Smith, recalling him fondly for the service he gave to the Union and broadcasting in general.

Message from Ms Audrey Azoulay, Director-General of UNESCO, on the occasion of the International Day for Universal Access to Information

The technological revolution is radically transforming how we inform ourselves. In just a few years,…

Bridgetown, Barbados. May 13, 2019. It was with deep sadness that the Caribbean Broadcasting Union…

Video Footage of the CBU Annual General Assembly 2018 on August 14, in Kingston, Jamaica