The winner of the CBU Caribbean Broadcasting Awards People’s Choice category has been announced.

Polling over fifty-five thousand votes, the story about the birth of triplets was well ahead of the other entries from Great Belize and from the Broadcasting Corporation of the Bahamas.

This is the first win for Belize in the category which in the past has been won by the Bahamian broadcaster and by Parliament of the Republic of Trinidad and Tobago.

This year’s winning feature and other entrants are still available for viewing at https://caribroadcastunion.org/cbu-awards/peoples-choice/caribbean-broadcasting-awards-peoples-choice-2017/

The “People’s Choice” trophy will be presented during the Caribbean Broadcasting Awards ceremony in Kingston, Jamaica on Tuesday August 14 at the Courtleigh Auditorium.  Jamaica’s Minister of Tourism, the Hon. Mr Edmund Bartlett, will be the evening’s feature speaker.

The evening will see the presentation of a number of other media awards sponsored by UNICEF Eastern Caribbean, the Caribbean Vulnerable Communities Coalition, the Public Media Alliance, the Pan American Health Organisation, UNESCO Caribbean and Island Media.

Attendance at the Awards ceremony is open to members of the public who are registered delegates of two major media and communications conferences taking place in Kingston from August 13 to 15. 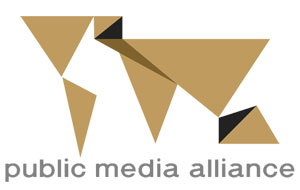 The Public Media Alliance (formerly the Commonwealth Broadcasting Association) will hold its biennial global conference on August 13, at the Jamaica Pegasus under the theme, Speak Out: Rebuilding Trust in Media and Democracy. 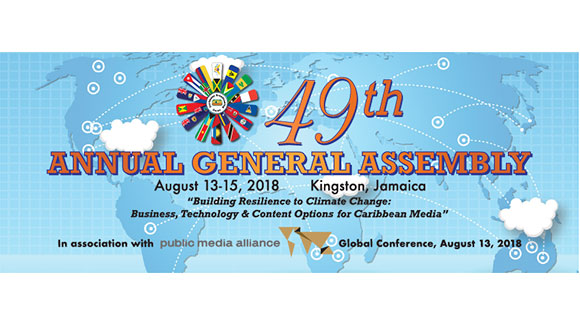 Prime Minister of Jamaica, the Most Hon. Andrew Holness will be the feature speaker at the joint opening ceremony on Monday, August 13.

For more information about the CBU General Assembly or the PMA Global Conference, contact info@caribroadcastunion.org  or https://www.publicmediaalliance.org/global-conference-2018/registration/

Delegates of the Caribbean Broadcasting Union (CBU), last week, recommitted to renewing and re-energising the…

Bridgetown, Barbados. December 3, 2019. The Caribbean Broadcasting Union (CBU) is shocked and concerned about…

CBU REGRETS THE DEATH ONE OF ITS HALL OF FAME INDUCTEES RAYMOND “RAY” SMITH, – HAILS HIM AS A PIONEER AND ONE OF THE UNIONS FOUNDING FATHERS