The World Intellectual Property Organization committee on copyright opened this week with an information panel that underlined that broadcasters in developing countries face more or less the same issues than their counterparts in developed countries. Piracy remains a shared issue. This week, the committee is expected to breach the gap on differences on a potential treaty to protect broadcasting organisations. 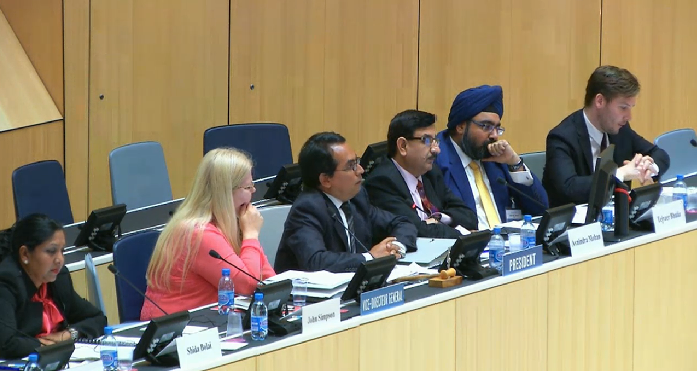 The 30th session of the WIPO Standing Committee on Copyright and Related Rights (SCCR) is taking place from 29 June to 3 July. This is the first session of the SCCR this year, and the last before the WIPO General Assembly in October.

WIPO Director General Francis Gurry, opening the session, said it was up to member states to decide what to do with the longstanding item of the protection of broadcasting organisations. It is the last element of the overall framework that has not been updated for the digital environment, he said. The length of time elapsed since the beginning of the discussions “really calls into question the credibility of the multilateral process,” he said.

The overall scope of the proposed treaty is to limit signal piracy, he said, underlining that this was a clear goal of member states. However, he said, technology remains at the centre of the discussions. Some member states refer to the 2007 mandate given to the SCCR by the General Assembly, and favour the protection of broadcasting and cablecasting organisations “in the traditional sense,” while others would like to include digital transmissions.

Gurry remarked on two treaties recently adopted at WIPO, coming from the SCCR: the Beijing Treaty on Audiovisual Performances in June 2012, and the Marrakesh Treaty to Facilitate Access to Published Works for Persons Who Are Blind, Visually Impaired or Otherwise Print Disabled in June 2013.

Martin Moscoso of Peru was re-elected chair of the SCCR and Santiago Cevallos Mena of the Ecuador IP Office was elected vice-chair.

Half of the first day of the SCCR was devoted to a broadcasting information session with four speakers coming from the broadcasting industry in four geographical areas (Brazil, India, Africa, and the Caribbean),

BBC journalist John Simpson, moderating the session, said the broadcasting business has been transformed by the introduction of digital technology and a fast evolving internet, blurring the limits of broadcasting. The quality of the broadcasting, its honesty and truth is more important than the way it gets to people, he said.

Shida Bolai, chief executive officer of the Caribbean Communications Network Limited, said piracy of both Caribbean and extra regional material takes place daily and openly, for example through open vending of pirated CDs, theft of cable signals, fraudulent registration of addresses for satellite use. There is a low visibility of the negative economic impacts of piracy on broadcasters, she said.

George Twumasi, CEO of the African Broadcast Network, said Africa is a continent filled with powerful stories yet to be told. The role of broadcasters is to enlighten through entertainment. “Africa does not know the African story,” he said. There is a need to build expertise to get the right technology.

Anelise Rebello de Sá, international and sports manager for Globo Television, Brazil, also underlined piracy issues, with pirated copies now being high definition and of perfect quality. Globo regularly ask videos takedowns, she said, but many internet providers do not cooperate and do not comply with takedown notices.

Avnindra Mohan, president of ZEE TV Network in India, said the Indian government has mandated the transition from an analogue to a digital regime. It is expected that by the end of 2016, the entire country will be digitalised, he said, claiming this is the fastest transition in the world from analogue to digital.

Television is now borderless he said, and there is a need for a global system of protection. Piracy issues include smuggled decoder, hacking of pre-broadcast signal. Redistribution is the most prevalent type of piracy, he said, describing how cable TV live signals are transmitted over the internet, recorded and streamed on servers hosted outside the jurisdiction. Piracy is an extremely profitable business, he said, with up to an 80 to 94 percent profit margin.

He said national laws can take care of domestic piracy but cross-border piracy needs international law, including a blocking right. It is necessary to reduce the profit margin of pirates, he added.

Daniel Knapp from Information Analytics Expertise (IHS) presented a recent study [pdf] on Current Market and Technology Trends in the Broadcasting sector. The TV market is changing rapidly, he said, with new patterns of consumption. According to the study, TV has remained resilient in the advertising market, where it maintains the highest share of revenue across all media.

Knapp said in various markets there is a surge in growth of online video advertising and a new ecosystem emerging with actors such as Netflix and iTunes. The definition of TV channels itself is changing, he said, with a broader definition than before and increasing online sub-services.

Every consumer can become a broadcaster, he said.