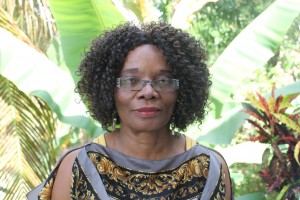 The President of the Caribbean Broadcasting Union (CBU) Mrs. Shida Bolai today announced the latest inductees into the Union’s Hall of Fame.

At the ceremony addressed by Prime Minister of Grenada the Rt. Hon. Dr. Keith Mitchell, the CBU conferred its highest honour on Ms Rose Willock O.B.E. and posthumously on Mr. Terence “Terry” Holder.

The late Terry Holder was recognized as instrumental to the birth of the region’s first ever television news exchange, “Caribvision” as well as the regional television magazine, “Caribscope“. In the recount of his service to Caribbean media, it was highlighted that he was the only person ever to hold both the positions of President and Secretary General of the CBU. After the reading of Mr. Holder’s citation by Mr. Jones Madeira, himself a member of the CBU Hall of Fame, Mr. Holder’s plaque was received by his daughter Mrs Dawn Holder-Alert and his son Mr. Duane Holder.

Ms. Willock’s service to the region, especially in building capacity for emergency broadcasting, was highlighted in the citation read by Editor Emeritus of the Nation Newspaper, Mr. Harold Hoyte. It was noted that Mrs Willock’s career had been marked by her time as Head of the English Service of Radio Antilles in the aftermath of the devastation by Hurricane Hugo in 1989, as well as her recognition on the Queen’s honours lists in 1986 and 1996 with an MBE and an OBE respectively.

These latest additions to the CBU Hall of Fame bring the total number of awardees to fourteen (14).