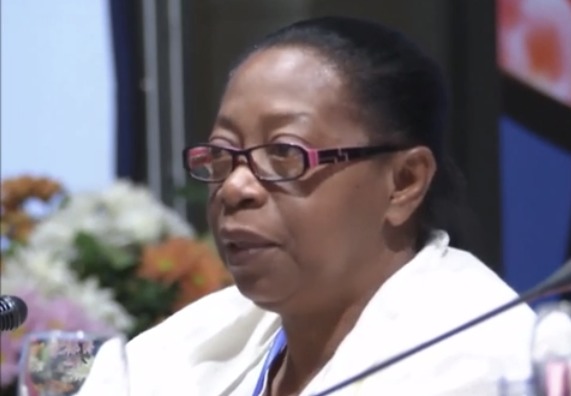 The President of the Caribbean Broadcasting Union (CBU) Mrs. Shida Bolai today congratulated Board Director, Ms. Corletha Olivierre on her recent appointment to the International Steering Committee of the Global Alliance on Media and Gender (GAMAG).

Ms. Olivierre, General Manager of the National Broadcasting Corporation of St. Vincent and the Grenadines was selected by UNESCO join top media executives, development practitioners and gender advocates from around the world in overseeing the follow-up to the Global Forum on Media and Gender in December 2013 where the Global Alliance was launched.

The role of the GAMAC is to respond to the critical need to initiate processes linking on-going actions and add momentum to gender equality and women’s empowerment in and through the media, 20 years after the Beijing Declaration identified the vital role of the media in this development issue.

The issue of Gender and Media will be one of the highlights of the upcoming CBU Forty-Fifth Annual General Assembly taking place in Paramaribo, Suriname from August 18 to 21 this year. A special UNESCO-sponsored forum will consider the work completed during the CBU-UNESCO 2012-2013 joint project on Gender Sensitive Indicators in the Media (GSIM), and look to support Caribbean media owners and executives in follow-up actions.