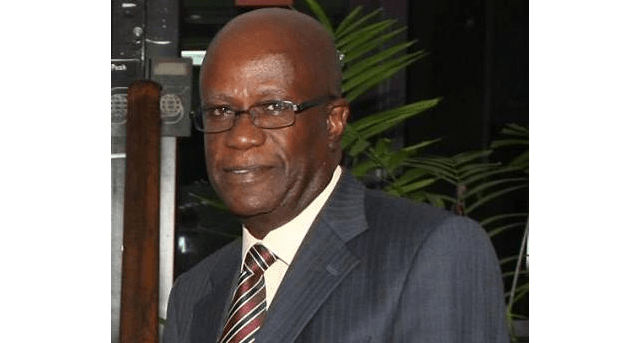 Mr Rogers was made a Member of the Most Excellent Order of the British Empire, for his services to broadcasting across the Caribbean for more than fifty years, starting at age 16 at Barbados Rediffusion Limited.

In addition to plying his craft as an announcer, producer and media manager, Mr. Rogers has served as an Advisor to the University of the West Indies (UWI) on the development of the degree programme offered at the Caribbean Institute of Mass Media and Communications at Mona, Jamaica. Mr. Rogers was among the Institute’s first graduates in 1975.
He was also a member of the Prime Ministerial Sub-Committee of CARICOM on the implementation of the Caribbean Single Market and Economy (CSME) and was the voice of the public awareness programme for the launch of the Caribbean Court of Justice.

As a trainer Mr. Rogers has had an impact on a generation of broadcasters and journalists in many Caribbean countries.

Mr. Rogers has been specially invited by the CBU President Bolai to be a guest at the Union’s upcoming 45th Annual General Assembly taking place in Paramaribo, Suriname from August 18 to 21.

Among the highlights of the Annual General Assembly will be a forum on sports programming rights with participation from IMC/ Sportmax, the West Indies Cricket Board, CANOC Broadcasting (the holder of rights to Olympic broadcasting in the Caribbean and DirectTV Caribbean.

Another AGA feature will be updates from the Caribbean broadcasters already making headway towards digital switch-over during the digital transition forum co-hosted by the Caribbean Telecommunications Union.

Participants will also have an opportunity to be brought up to date on recent developments in the Caribbean Single Market and Economy (CSME) and their implications for the broadcast sector.

A special UNESCO-sponsored forum will consider the work completed during the CBU-UNESCO 2012-2013 joint project on Gender Sensitive Indicators in the Media (GSIM), and look to support Caribbean media owners and executives in follow-up actions.

The Assembly will also be a platform for audio and video producers and suppliers of leading edge technology to exhibit their materials and products, during the exhibition and screening day. During the screening session, producers of programming aimed at Caribbean audiences at home and in the diaspora will have an opportunity to display their material and discuss possible distribution deals with the broadcast executives attending.
The Assembly will showcase the best of Caribbean radio and television including news, features and commercials during the CBU Caribbean Broadcasting Awards ceremony taking place at the historic Congreshal in central Paramaribo.