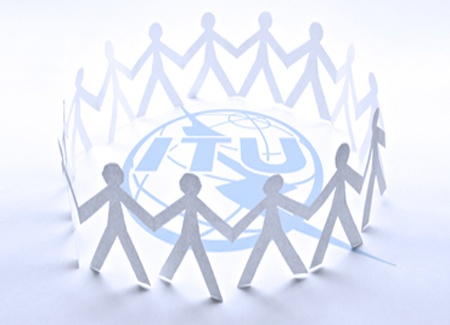 Over 2,000 delegates were registered for the conference, which was held by ITU at the request of its 193 Member States to renegotiate theInternational Telecommunication Regulations (ITRs), the binding global treaty facilitating global interconnection and interoperability of information and communication services, their efficient operation and their widespread public availability. The treaty sets out general principles for ensuring the free flow of information around the world.

New provisions in the text place special emphasis on future efforts to assist developing countries, on promoting accessibility to persons with disabilities, and on asserting all people’s right to freedom of expression over ICT networks. Other pioneering new provisions include a Resolution to create a single, globally harmonized number for access to emergency services, new text mandating greater transparency in the prices set for mobile roaming, and new provisions to improve the energy efficiency of ICT networks and help combat e-waste.

Tough issues that provoked considerable debate at the conference included network security, unsolicited bulk content such as spam email, the definition of entities providing services under the terms of the treaty, the principle of non-discriminatory access of countries to each other’s networks, and whether or not to include language on freedom of expression in the Preamble text of the treaty. Chairman Mohamed Nasser Al Ghanim (UAE) succeeded in breaking a seeming deadlock on Thursday, after discussions late into the night on Wednesday 12th failed to make headway on the few remaining sticking points.

Coming back to the meeting on Thursday evening after a tense start to negotiations earlier that day, Mr Al Ghanim presented a new ‘consolidated package’ containing all agreed compromise texts that had been negotiated painstakingly section by section over the past two weeks at Committee, Ad Hoc Group and informal group level. ITU Secretary-General Dr Hamadoun Touré called the signing of the treaty this afternoon a “momentous occasion and historic opportunity to bring connectivity to the two thirds of the world’s people who are still offline.”Speaking to assembled delegates at the closing ceremony this afternoon, he said: “As you look back today on your very intensive, very long days of work, you can hold our heads up high – proud that you have triumphed over adversity and delivered the goods.” He added that he regretted that some countries have so far declined to ratify the treaty, and hoped ITU will continue to work constructively with those nations going forward.

Dr Touré paid tribute to the exceptional Chairmanship of Al Ghanim, commemorating his success in managing the often difficult discussions by awarding him ITU’s Gold Medal, the organization’s highest honour. “Mr Al Ghanim has played a vital role in the work of the conference. He has managed to keep his calm and nerve throughout the long days and nights we have spent together, and he has epitomized the key ITU value of global consensus,” said Dr Touré. Mr Al Ghanim spoke of the huge challenge of reviewing the 24-year-old treaty to ensure it is relevant for future generations of ICT users and an increasingly globalized, competitive and highly innovative ICT environment.

“We came to this conference with a wide divergence of views. Different countries contend with vastly different market environments, but all understand how critical ICTs will be to their ongoing social and economic development. While we did not manage to get universal consensus, I believe we nonetheless achieved a huge milestone in getting such broad agreement, and I am confident that these new ITRs will pave the way to a better, more connected world and a more equitable environment for all.” WCIT-12 was one of the most open treaty-making conferences ever held, with live and archived webcasting and English-language captioning of all full meetings of the substantive working committee (Committee 5 – Review) and the conference Plenary sessions. The conference also had a strong social media profile, as well as daily media briefings accessible via the Adobe Connect platform.